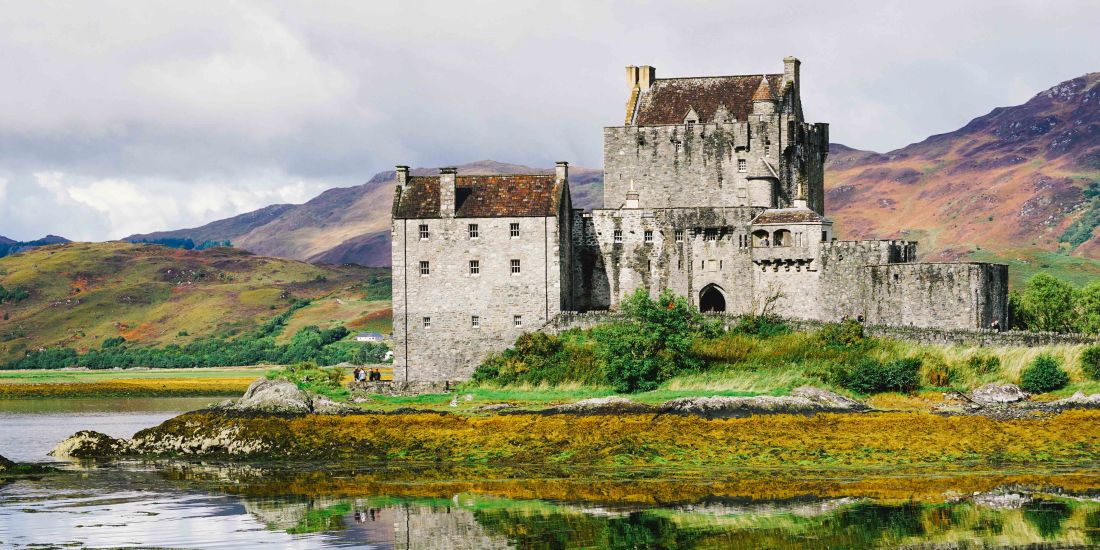 After two nights on the Isle of Skye, it was time to explore the Applecross Peninsula. The day started out under heavy cloud cover with a few downpours and to be honest, my spirits were low. It would be a fair amount of driving from Skye to Shieldaig on single track roads. But then, the ever-changeable Scottish weather worked it’s magic and the sun broke through. This would be my favorite day of the trip.

A brief stop was needed for the beautiful Eilean Donan Castle. This is one of the most recognized castles in Scotland and for good reason. It’s a stunning scene, perched on a small island where three sea lochs meet, surrounded by colorful highland countryside. After taking in the views, it was off to Shieldaig. 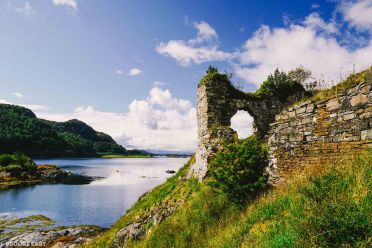 So far the single track roads had not defeated me but I had yet to traverse the famous Bealach na Bà or ‘Pass of the Cattle’. This winding road cuts through the mountains with hairpin bends and a steep 20% gradient. Needless to say, I was delighted it was not raining! 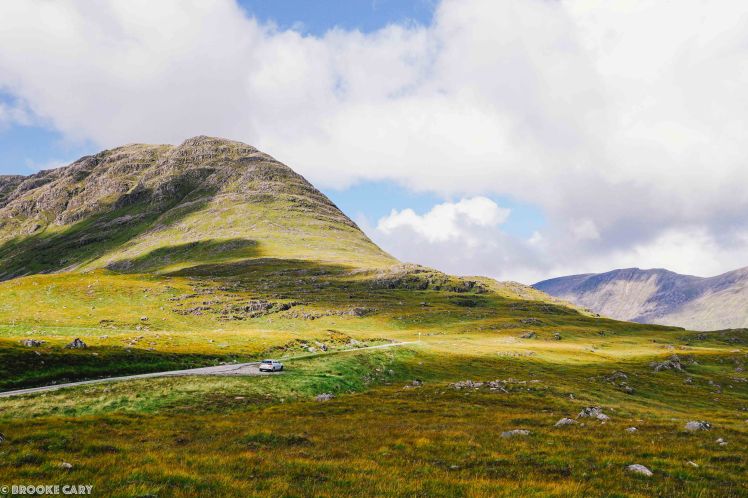 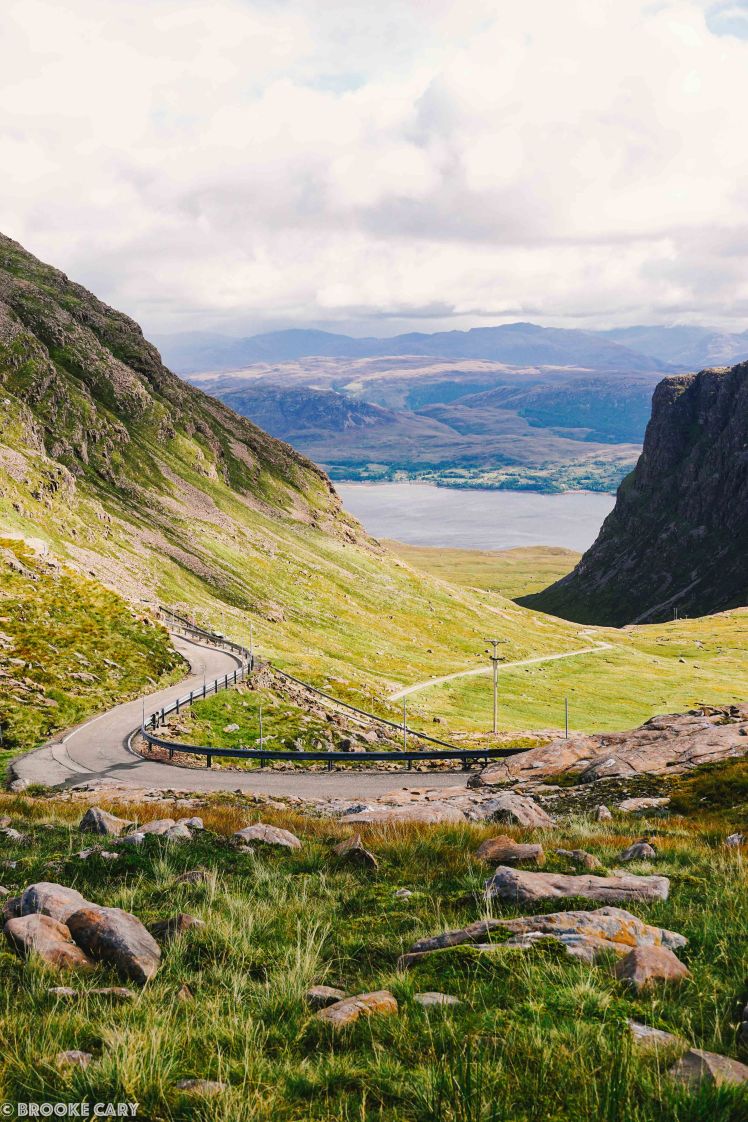 Following along the coastal road from Applecross to Shieldaig, I encountered more cows than humans. 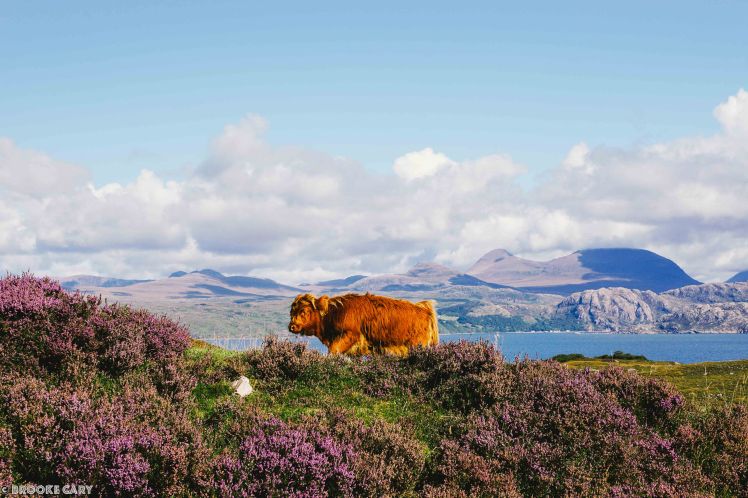 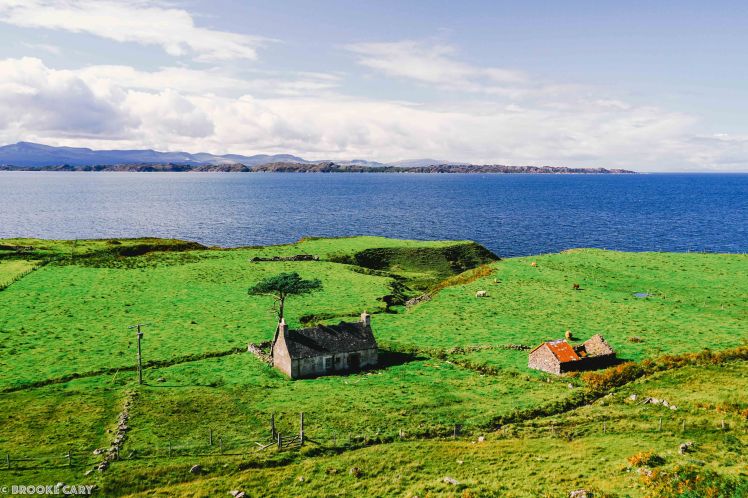 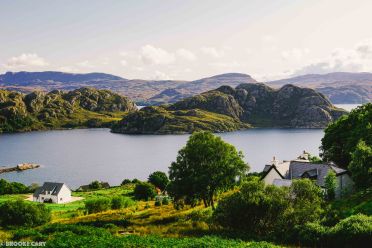 After what had been an amazing trip so far, I still had 2 days left to explore. I’d seen pictures of Dunnottar Castle on the east coast of Scotland and knew I wanted to see it in person. Situated on a cliff facing the Black Sea, this dramatic ruin dates back to the Middle Ages. The castle has a rich history; seized by William Wallace, visited by Mary Queen of Scots and rescuing the Scottish Crown Jewels from capture. More recently, it inspired the creators of the Disney movie “Brave.” 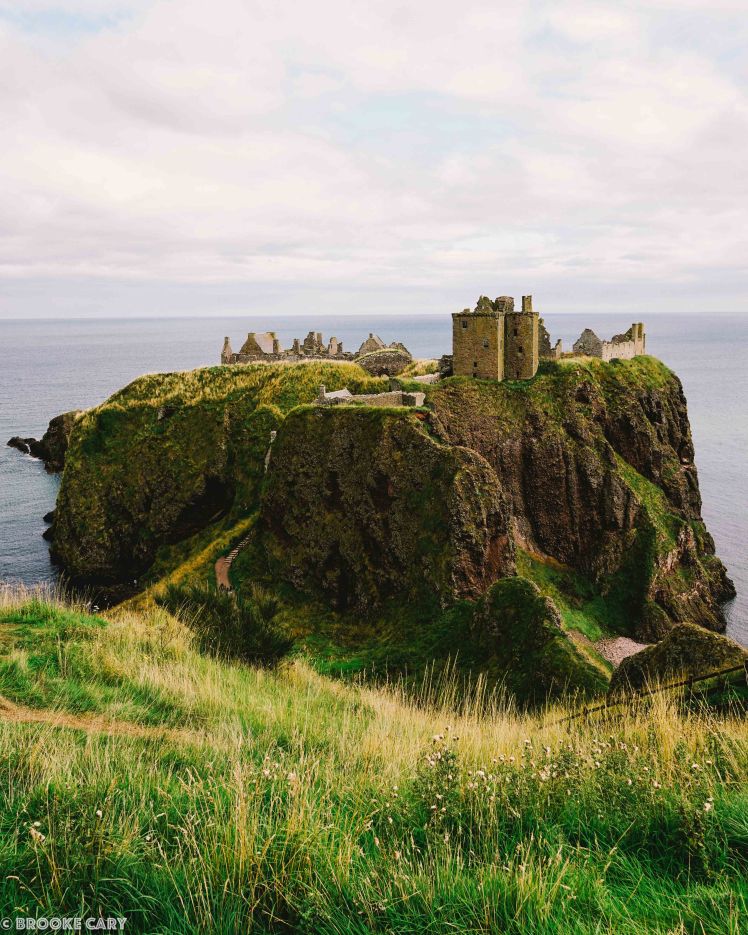 I left a piece of my heart in Scotland. And also my coat… All the more reason to return 🙂