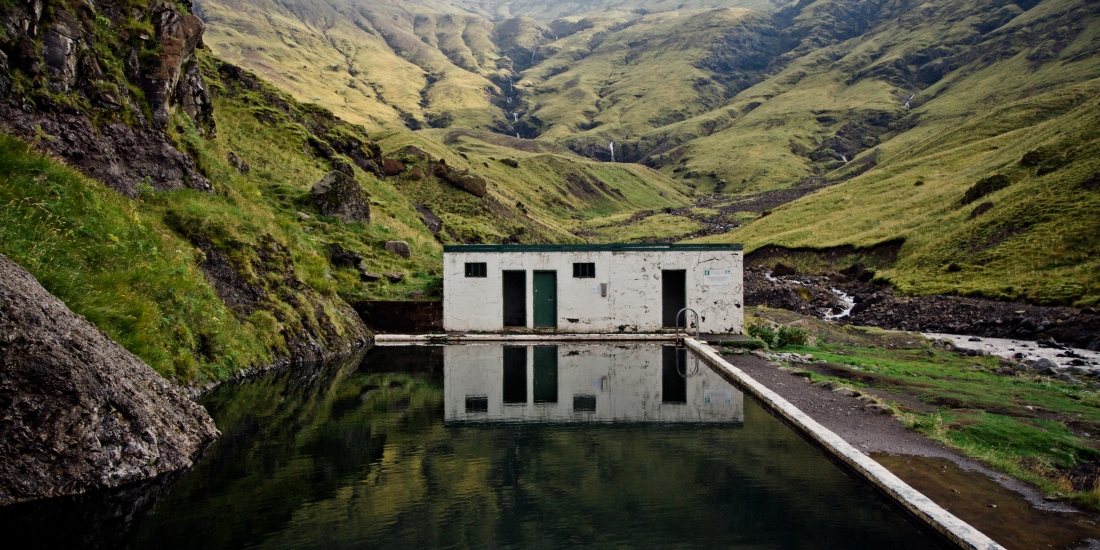 Iceland, also known as the Land of Fire and Ice, is truly unlike anywhere else in the world. The small island is home to active volcanoes, lava fields, geothermal sights, waterfalls, fjords, glaciers and stunning scenery as far as the eye can see. It’s hard to believe all of these diverse landscapes can be found in one place!

This trip was a first of its kind for Laura and I. We had 11 days to explore and we went in with very little planning (which is so unlike me!) The only known factor of our trip was we wanted to complete the entire Ring Road, which encompasses the island in an 827 mile loop. We had no clue where we’d end up each day but that was the idea. We wanted to take it day by day, truly experience the country and appreciate everything along the way.

Our flight arrived from PDX around 6:00am so we powered through the jetlag and started a tour of the Golden Circle. First stop was Þingvellir National Park. Here Laura is standing next to our rental, which would be our traveling hotel for the next 11 days! We were able to sleep in the back of our little SUV for almost the entire trip. 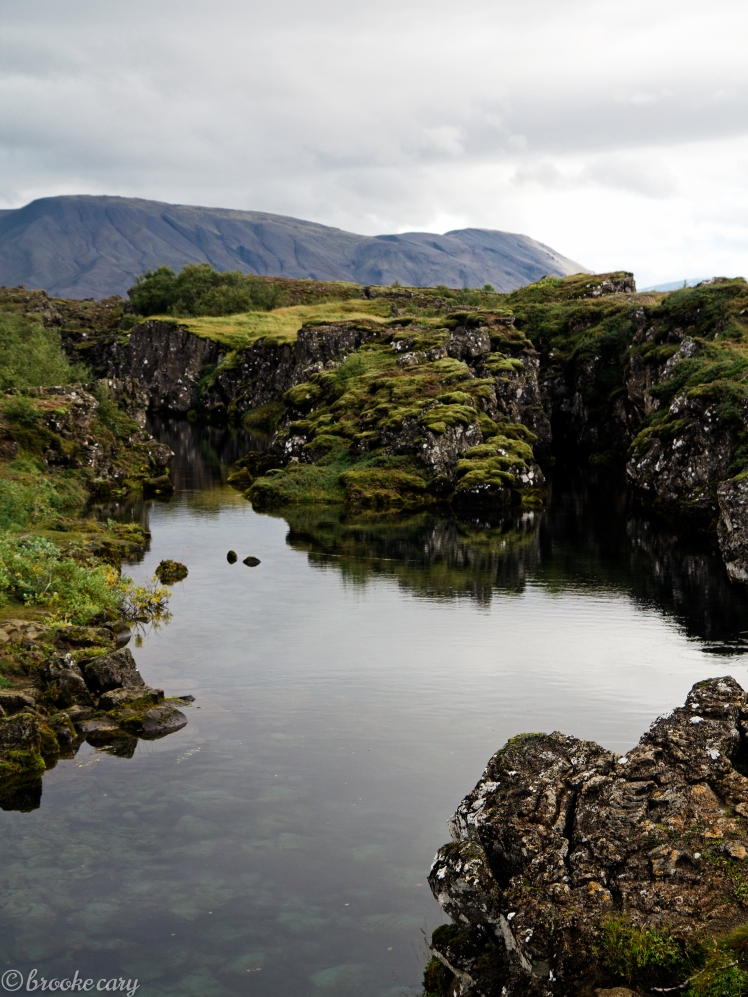 In the park is the Silfra fissure, a crack between the North American and Eurasian continents. You can actually dive or snorkel where the continental plates meet and drift apart. We saw several groups preparing to get in!

Þingvallakirkja Church in Þingvellir. There has been a church at this site since the beginning of Christianity but this structure was built in 1859.

The mighty Gullfoss, which was possibly the busiest attraction we saw on the entire island. Iceland’s waterfalls were quite breathtaking with their size and power. 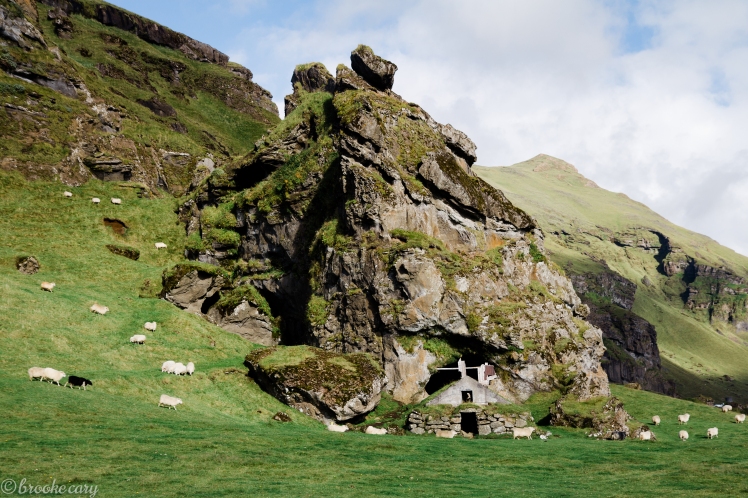 Rútshellir cave, which didn’t have information on the date of origin but many stories detail trolls or elves living inside. (Apparently 80% of Iceland’s population believe in such) All we saw were sheep… and more sheep.

Skógafoss. This was actually our view for the first night of camping in the car. We will remember it fondly!

Our first night sleep in the car was a bit rough. (Luckily it got easier!) We were up quite early and decided to head to Seljavallalaug pool for a morning swim/bath. A short walk through a lava field we spotted the pool nestled in this beautiful valley.

Seljavallalaug is one of the oldest pools in Iceland, originally built in 1923 and is fed by a natural hot spring.

We were lucky to have this gem to ourselves. On the way back to the car we saw 4 groups of people heading to the pool. (Yay for uncomfortable sleeping arrangements & getting up early!)

As many of the glaciers, Sólheimajökull is melting and the receding ice has created small caves.

This was my first time being up close and personal with a glacier. 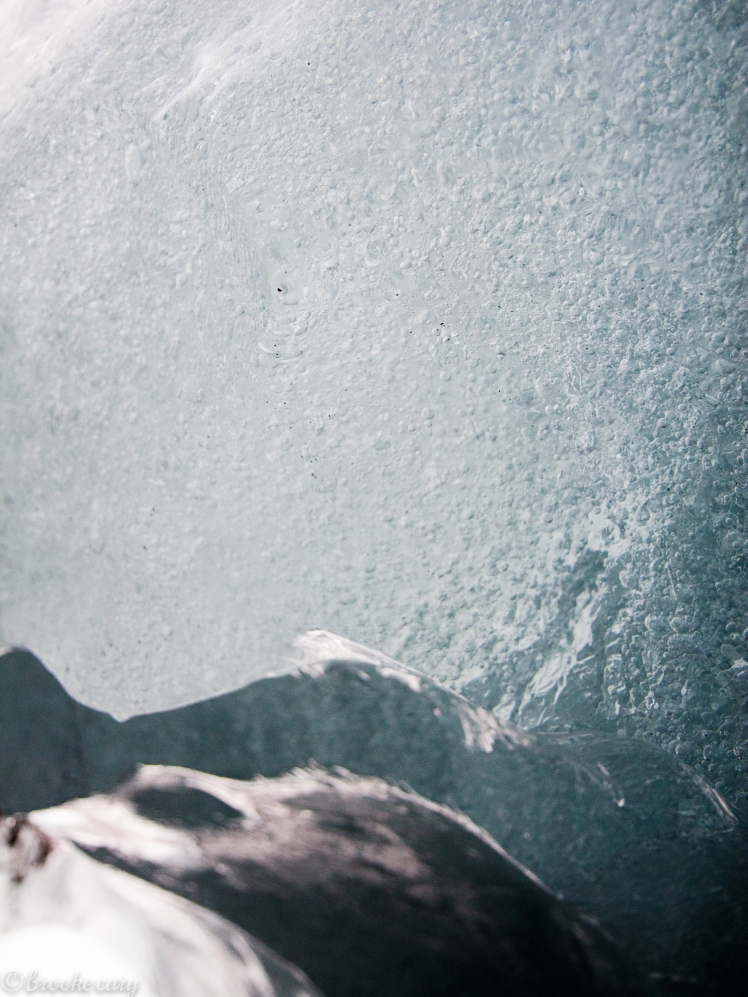 This US Navy DC-3 plane crashed here on Sólheimasandur black sand beach in 1973. The cause is debated, some say severe icing, some say it ran out of fuel. While the crew survived, the plane was abandoned.

The plane and location sure had an eerie feel to it. 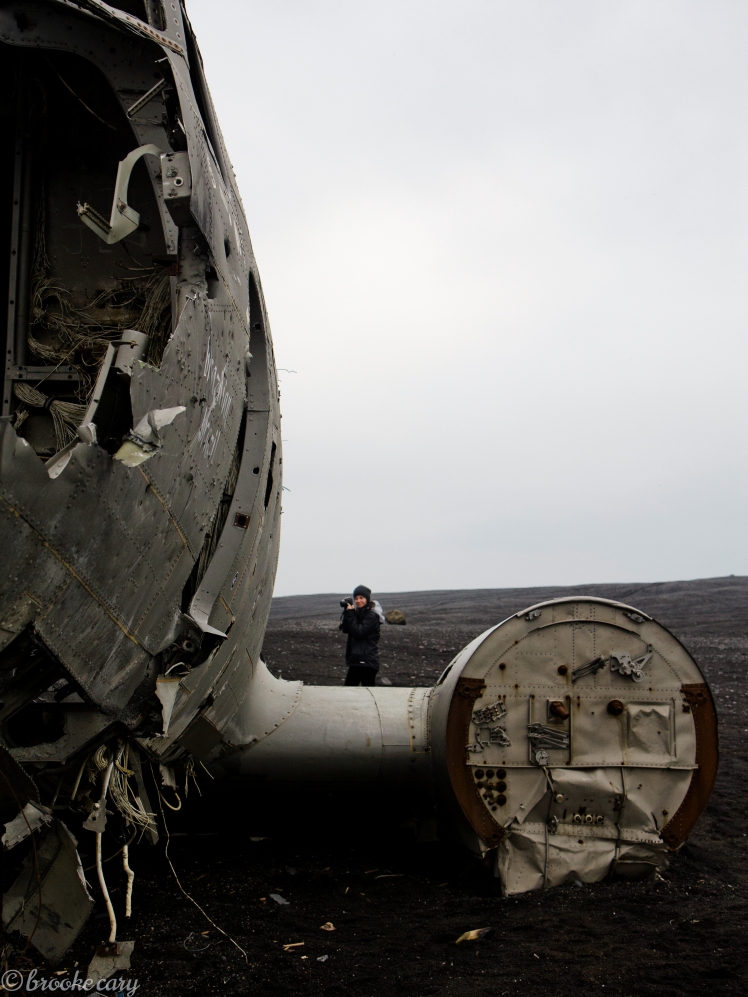 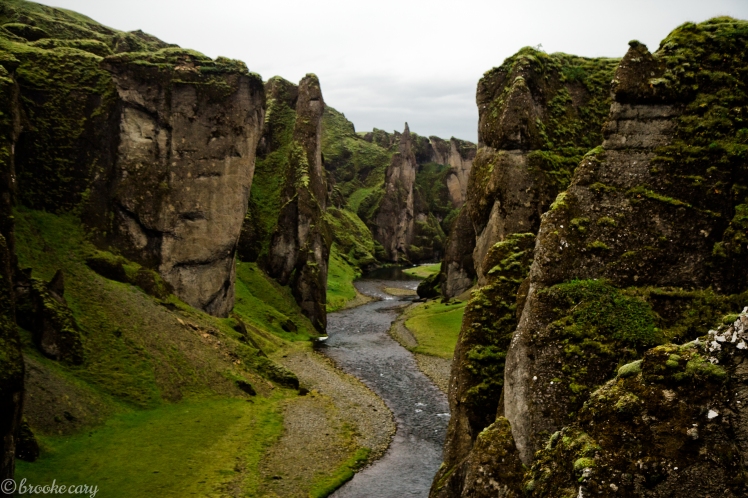 Fjaðrárgljúfur canyon, which looked like a scene out of Jurassic Park. We arrived in the early evening and the weather was a bit grim. The vibrant colors don’t come across well in the photos but this canyon was one of the most beautiful sights of the trip.

Next post will be days 3-4, Skaftafell to the East Fjords.