After 3 days of exploring Siem Reap and the temples of Angkor, it was time to break away and see a bit of the Cambodian countryside! We met up with our friends Jim and Sumatra, who are living in Siem Reap and Jim planned a motorbike trip to Phnom Kulen National Park.

And what an epic day it was! 120 kilometers of riding through dirt, sand and some of the worst roads I’ve ever seen. We passed by cashew tree farms, rice paddies, dense jungle and remote villages, opening our eyes to an entirely different way of life. Jason and I were questioning the entire time whether we would come away from this trip unscathed. By the end, we were so covered in dirt our skin looked orange. But it was by far the best thing we did in Cambodia. 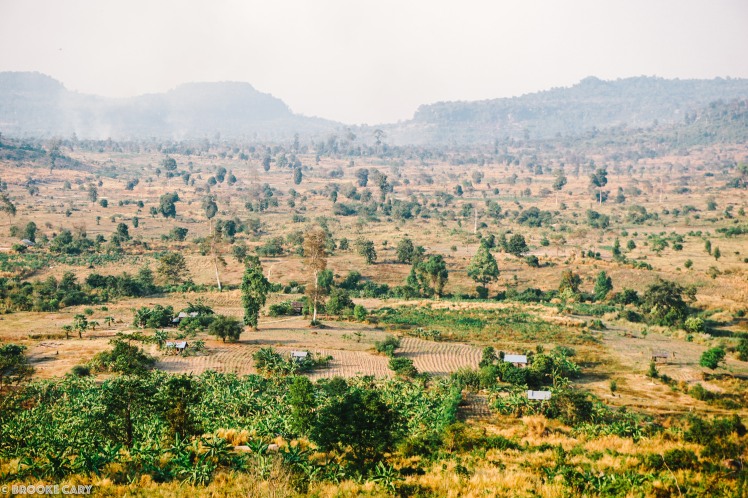 Views from the road leading into the park

Stairs to the temple at Kulen Mountain. Sumatra traded in some USD for several huge stacks of Cambodian Riels (equivalent of 2.5 cents each) and we handed the bills to the villagers that lined the steps. 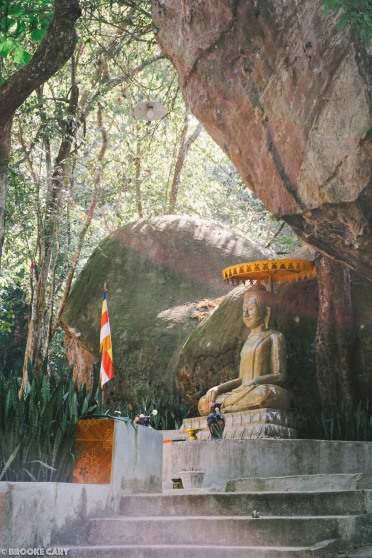 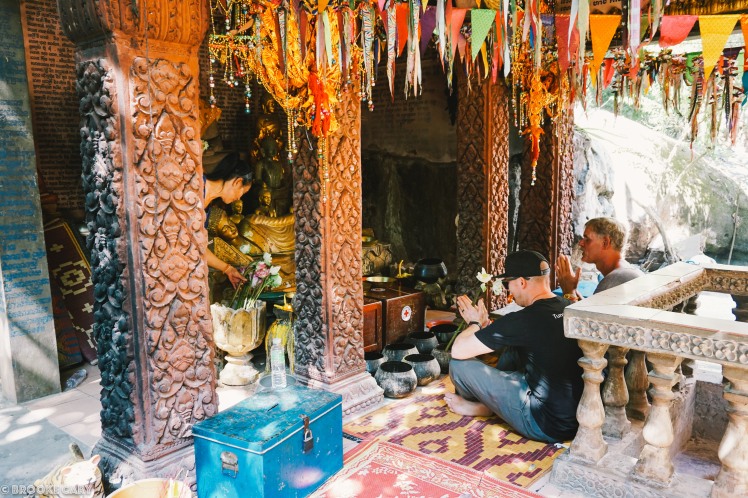 Phnom Kulen is considered a sacred mountain in Cambodia, with special religious significance to Hindus and Buddhists. It also has historical importance as the birthplace of the ancient Khmer Empire. 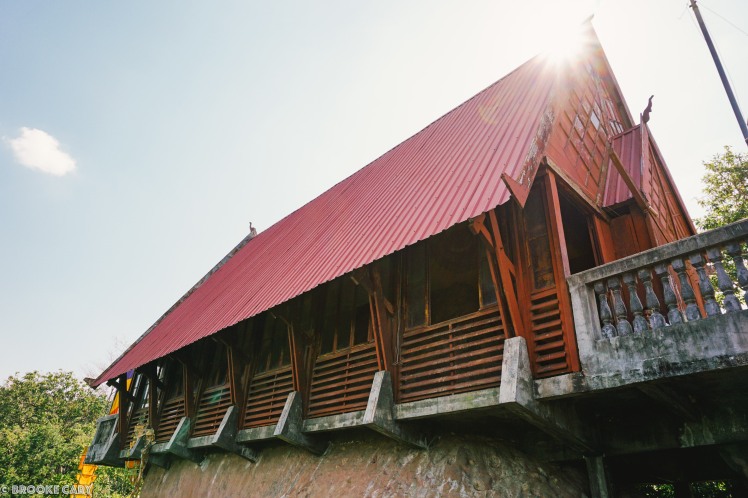 Wat Preah Ang Thom, where a Reclining Buddha is carved into a huge sandstone boulder. You can see part of the rock under the structure! 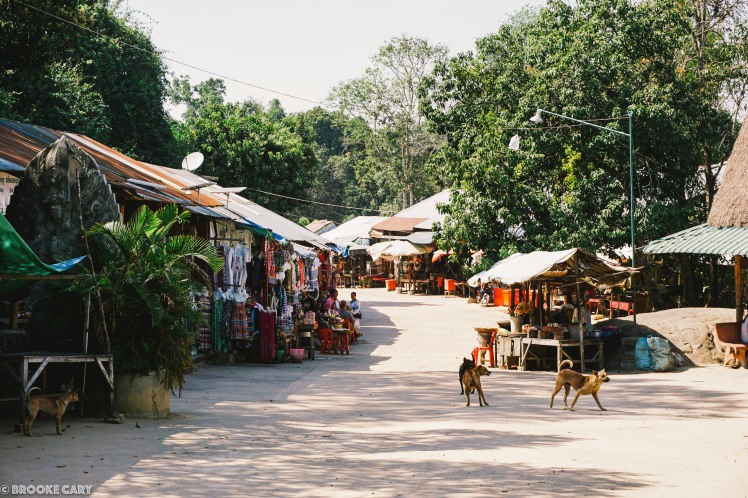 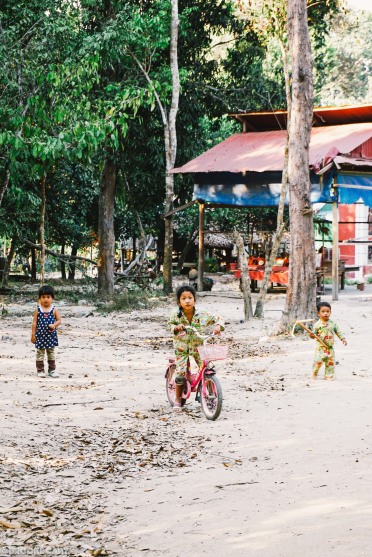 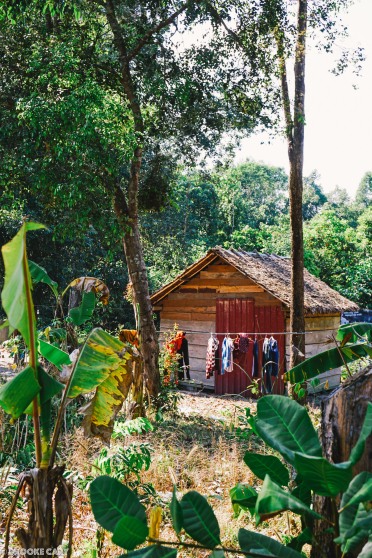 After spending some time in the village and a delicious lunch, we took a short hike down to the waterfall.